US News Recap: Military Pulls Out of Afghanistan 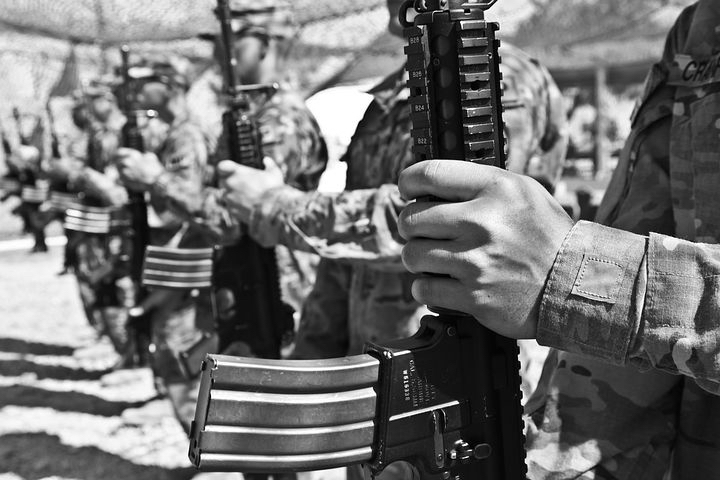 On August 30, American military presence in Afghanistan came to an end after almost 20 years of fighting. In April, President Biden announced the withdrawal of all U.S. troops from Afghanistan by Sept. 11, a little more than a year after former President Trump signed an agreement with the Taliban for eventual withdrawal. The set date, which fell on the 20th anniversary of the terrorist attack on the World Trade Center, sparked controversy as some Americans believe withdrawing dishonors the lives lost on 9/11 and the veterans who fought in the Middle East. Since 9/11, thousands of troops have served in Afghanistan to fight the War on Terror, and every state felt the effects of the fighting. More than 2,000 U.S. soldiers died while in service, including 17 West Virginians.

The date was later moved up to Aug. 31 by Biden, ensuring that a quicker withdrawal would be safer for the Americans still in Afghanistan. The plan to withdraw stayed in place, but as the evacuation date drew closer, Taliban forces took control of the nation. Taliban leaders took control of the capital, Kabul, shortly after the president, Ashraf Ghani, fled.

This sudden transfer of power created chaos as hundreds of thousands of people, including both American and Afghan citizens, raced to flee the terror associated with the Taliban. Crowds swarmed the Hamid Karnak International Airport where jets were actively evacuating U.S. troops, American citizens and Afghan allies. Families were pictured handing their children to American soldiers for refuge and waiting in lines miles long to board flights. At one point, over 600 Afghan refugees rushed and crammed onto a military plane, desperate to escape the Taliban. Unfortunately the chaos at the airport was not easily controlled, with multiple Afghans dying in plane related accidents, and on August 26, a suicide bomber attacked the crowds. More than 200 people were killed, including 13 U.S. soldiers, sparking outrage in the U.S., with many Americans considering the withdrawal of failure.

Biden faced ongoing scrutiny about his handling of the situation, but continued pursuing his plans for an Aug. 31 evacuation deadline. And, on the morning of Aug. 30, President Biden met his deadline when the last troops withdrew from the nation. Since then however, Biden has admitted to leaving more than 100 American citizens in Afghanistan, all who must now find their own way home, along with thousands of Afghans who assisted the U.S. for the past 20 years. There is fear that the Taliban will begin searching out these citizens for retribution, and that their lives are at risk. The fear for Afghan women is also a major concern for many, especially since the Taliban is known for its suppressive roles for women in the past. In other Taliban-controlled nations, women are required to be completely covered by religious coverings when outside of the home, they are not allowed to hold jobs or positions of power, and are not allowed to leave home without being accompanied by a male escort.

The Taliban continues to try and convince the world of being a just government who won’t seek retribution from those they consider traitors, and making promises of having religious leaders review the roles women can have in their society. However, the past has proven time and time again that the Taliban are not likely to follow through with these promises, making the world watch anxiously for their next moves.