The Protests That Defined a Movement 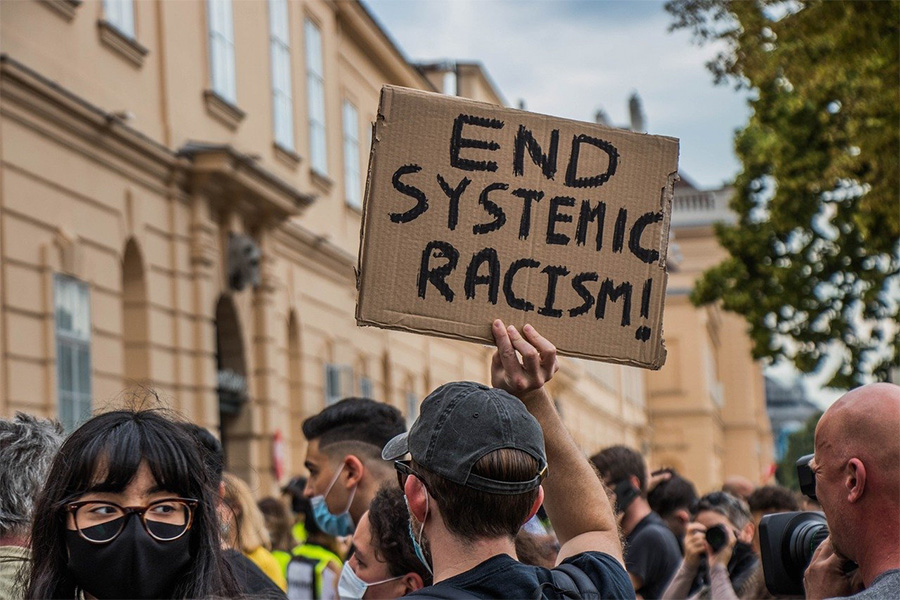 Originally published in the October 2020 issue of The Journal.

May 25, 46-year-old George Floyd was arrested by four Minneapolis police officers in an altercation which ultimately led to Floyd’s untimely death. In the days after the incident, footage of Floyd’s death gained worldwide media attention, sparking international Black Lives Matter protests and calls for police reform.

When Floyd, a black man, was approached by Minneapolis Police Department’s Officer Lane, with gun drawn, and J. Alexander Kueng, body cam footage shows compliance from Floyd while being handcuffed. It isn’t until officers Derek Chauvin and Tou Thao arrive and all four officers attempt to force Floyd into the police vehicle, that some sort of struggle ensued. During this struggle Floyd ends up face down on the ground, with Chauvin kneeling on his neck while Lane and Kueng hold Floyd down. It is about this time when bystanders begin recording, with the next eight to ten minutes consisting of Floyd’s last moments alive. The videos, which were posted and shared on social media, are filled with the haunting sound of Floyd’s shouts as well as surrounding people, all begging for the officers to get off him. Much remains unknown about the circumstances of the incident, but one thing appears crystal clear to many: these policemen abused their power and status in a malicious manner, leading to a man’s death.

The next day, as protests began erupting in Minneapolis and other large cities in the U.S., all four policemen were fired from the department. Marches were formed in other cities like Louisville, Kentucky and Brunswick, Georgia, where the other recent deaths of Breonna Taylor and Ahmad Arbery had sparked outrage. All of these protests were calling for justice and for the killers of Floyd and Taylor to be arrested on murder charges. All four of the officers involved in George Floyd’s murder were arrested, with Chauvin held on a second-degree manslaughter charge, and the other three charged with aiding and abetting second-degree manslaughter.

The protests accompanying the movement occurred in more than 140 cities across the U.S., with the National Guard being deployed in 21 states. While there were some violent demonstrations, including toppling statues of slave owners, vandalism, fighting against police, looting and road blocking, 93 percent of all protests were peaceful. This number is reported from a study by The Armed Conflict Location & Event Data Project, which found that out of more than 7,750 demonstrations in the U.S., less than 220 reported violence. Much of the reported violence has since been attributed to white supremacist groups like the KKK and organized crime groups looking to take advantage of the protests. Many marches were met with combatant All Lives Matter and/or Blue Lives Matter demonstrations, as well as armed militias. The armed militias often clashed with protestors leading to disruptive altercations.

The ACLED also point out a “violent government response” said that authorities “disproportionately used force while intervening in demonstrations associated with the BLM movement, relative to other types of demonstrations.” While the study doesn’t mention what other specific demonstrations it refers to, many have compared the authoritarian response to peaceful protests to the Anti-Mask protests in Michigan earlier in April and May. While peaceful BLM protestors were antagonized and dispersed by tear gas, rubber bullets, pepper spray, physical beatings and arrests, hundreds of demonstrators protesting a stay-at-home order due to the Coronavirus, mainly white citizens, many armed with guns, stormed the Michigan state capitol. Despite aggressive behaviors toward police officers surrounding the area, no further interference was displayed by officers.

Despite facing adversity, protests continued in cities across the country, pushing for police reform to diminish police brutality across the United States. In Portland, Oregon, protests continued for at least 100 days straight. Protests and marches find more causes every day, including the passing of Supreme Court Justice Ruth Bader Ginsburg, who was a champion of civil rights. If there is one thing that the Black Lives Matter movement has displayed, other than the right to equality, it’s the power of the masses.